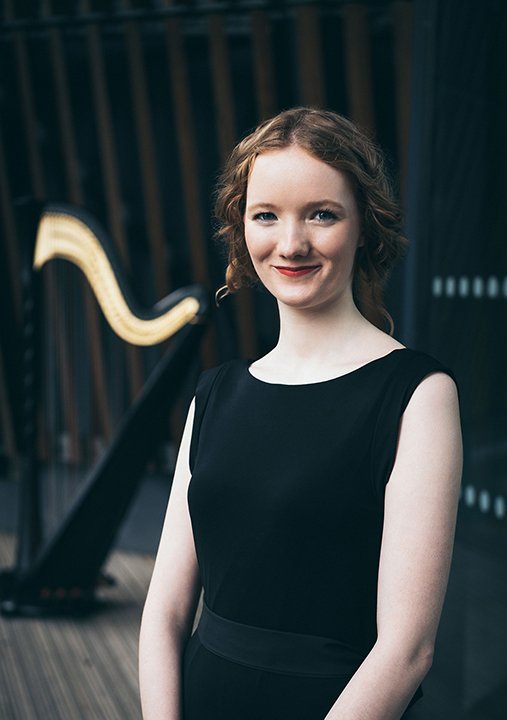 It was officially announced on Tuesday, 2nd July that Alis Huws has been named Official Harpist to HRH The Prince of Wales.  Ms. Huws, who just finished her Masters at the Royal Welsh college of Music and Drama under Head of Harp Studies Caryl Thomas, started playing at age 10 with internationally renowned harpist Ieuan Jones.  Ms. Huws is the sixth harpist to be named to the role since Prince Charles recreated the tradition in 2000 of harpists being appointed to the Royal Court.

The following is a short chat between Ms. Huws, and Allison (AB) from Salvi Music London:

AB – Hello Alis. Congratulations on your appointment as the Official Harpist!
AH – Thank you so much.

AB – How does it feel to be appointed?
AH – I feel honoured and so excited to start and I still can’t believe it.

AB – What are your plans for the role going forward?
AH – I’m passionate about outreach work, which I already do, and want to expand on that. I will be working with Live Music Now, which I’m so looking forward to. I hope to be able to promote the Welsh culture because I am so proud of my heritage, and am thrilled to be in a position to promote it to the rest of the world.

AB – Are you looking forward to playing the Royal Harp?
AH – I can’t wait! It’s such a beautiful harp by Salvi Harps and it will be a huge privilege to play it.

AB – We are so pleased for you and are looking forward to working with you!
AH – Thank you, and I would like to say how honoured I am to follow in the footsteps of Anne Denholm who has been an excellent ambassador for the harp during her term and I would like to wish her well for the future.

AB – Absolutely – she has been a credit to the role, and everyone at Salvi thanks her and wishes her all the very best.

Read the Press Release on HRH The Prince of Wales’ website.